You are here: Home / Archives for Numerology / Celebrity

It is with sadness and respect that I write this post today.

Every day I turn on my news feed – Facebook. I have a belief the news that is meant to come my way does.
How does this work you may ask? – Simples!
When we are linked with people on similar journeys at varying levels, relevant information comes through that resonates with me. It is more in line and accurate as it is from a source I trust unlike the general media that has been fixed.

To share this morning what caught my attention was the news of one of the greatest music legend of our time; while it did not read as I am about to share, the  but in my world I saw that

The link shared that Bowie had been privately battling Cancer for 18 months and passed away on Sunday 10th January, his son made a statement on his Social Media to confirm this.

On reflection who was David Bowie?

Firstly, his birth name was not Bowie, it was David Robert Jones. He changed his name to avoid confusion as there was a similar musician called Davy Jones who played in the hit band and TV show The Monkees.

Bowie was true to his life Path, which explains why he was a genius at his art and mega successful with it; in 2013 statistics show him to be included on the list of top 20 wealthiest British Musician; he produced 27 studio albums, 8 live albums and 10 compilation albums. And acted in 34 Films, 5 as himself and one as a narrator.

Born 8th January 1947 he arrived to earth from Mars most possibly on a 12/3 Life Path; the path of creativity and self expression; a path where we often find many great writers, poets, actors and musicians. Creativity comes in many guises and for it 3 it often shines through image which we can safely agree that Bowie played this out well whether on stage or off. Every phase of his life had his own take on who he was at the time – a mind in a man’s body.

Bowie was known for his wit, charm along with his gift for gab and 100% savoured the limelight as a self expressing 3 would. He expressed himself through lyrics, music, dance, production, acting, entertaining, photography and painting. He has created a number of pieces of art, I believe in oil with another artist Beezy Bailey. Bowie used his creativity in everything he did, from music to costume, from acting to make-up and in life. He was diverse, witty and entertaining, his story telling mesmerising. Take a look at this clip to prove my point

When we are in alignment with our Path things line up, not all at first or at once. It took David years to get established which most probably helped and prepared him for each time he altered his persona. The 3 Path shows us he was born with creativity and imagination and when allowed to develop it took him wide and far and in David’s case even to ‘space’.

For many 3’s they have a longing to express from a young age but all too often society and education can get in the way, especially back in the 50’s. I would hazard a guess that Bowie’s 37/1 Expression had much to play here in keeping him focused because his Life Path 3 would have had him scattered.

At 9 Bowie’s dance teacher described Bowie’s movements as “vividly artistic” and his poise “astonishing” for a child. The same year his interest in music was stimulated after his father bought home some American 45’s. It was on hearing ‘Tutti Frutti’, he claimed to have heard God.

Bowie’s thirst for creativity was always there, before leaving education he studied art, music and design, including layout and typesetting at Bromley Technical School, here he met George Underwood who later did the artwork on Bowie’s Hunky Dory and The Rise and Fall of Ziggy Stardust and the Spiders from Mars albums. George is the reason Bowie was left with one pupil permanently dilated. They had a fight over a girl and George punched David in the eye whilst wearing a sharp ring. It took 4 months of operations and left Bowie with a faulty depth perception. 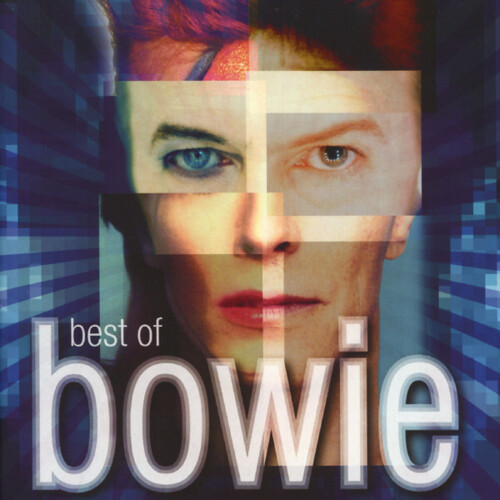 Thanks to his gift for self expression, David was able to be the life of many a party and the centre of much attention. The making of Bowie was when he learned about persona through Lindsay Kemp which in turn created Ziggy Stardust and later The Thin White Duke. I recall this the Ziggy era so well

The 3 energy gives one optimism and resilience to overcome many setbacks and Bowie had many of these. He moved from band to band finding his way with little to no success until Space Oddity.

While Bowie has many music achievements he also has as many acting credits. With his 37/1 Expression we can see why he was a creative leader reaching out to higher realms and having a heart desire number of 32/5 and a personality of 32/5 it is not a surprise that he was well travelled, diverse and had challenges with addiction. To close this brief introspective on David we look at his 4 maturity number, he was born to work to the end and find order in doing so, giving us his latest album ‘Blackstar’ on his 69th Birthday – January 8 2016.

David Robert Jones ‘BOWIE’ may your journey continue to be as amazing as the past 69 years have been. You touched many of us and will continue to do so for many years to come.
Thank you.

Discovering my numbers has given me so much understanding of who I am and why I am here. I was not tuned in like David Bowie, I was a wandering soul. Are you a wandering soul?
Would you like to know more?